Could it be that Miss Philippines Venus Raj was behind the Miss Australia Jesinta Campbell's dress sabotage at this year's Miss Universe? Is Venus Raj capable of sticking those six pins on the back of her Aussie rival's national dress?

Jessica Campbell was quoted finger pointing as to whom she suspects were capable of victimizing her just to stop her from winning the crown. Contestants from Mexico, the Philippines and Central and South America might have stuck pins in her costume, she assumed.

"Winning is so important for those girls because they become queens in their country and are worshiped if they win - and it changes everything forever for them," she told the Herald Sun. [Read the story]

She further pointed the girls whom she was certain were not capable of doing it to her. "My best friends were the girls from Ireland, Belgium, Great Britain, and Guam and I know they wouldn't have done that to me."

Jesinta claimed that her national dress costume has been sabotaged by sticking on six pins on the back of her dress. The well-criticized outfit, an aboriginal-print swimsuit, ruffled flamenco skirt and Ugg boots said to cause her pain and that was thanks to the evil-inspired rivals' pranks back stage. When she put on the dress, she felt the sharp pins stuck into her back. She took off the top and saw the pins but had no time to remove them or to put the top back. It was her time to go parade.

This alleged sabotage and finger pointing caused head lines which made Aussie Jesinta Campbell more popular than if she had won the Miss Universe title. It fueled some uproar from the fans and people of those contestants who were singled out as suspects. She is called racist. Obviously, it isn't fair to single out only the Philippines, Mexico, C and S America out of 82 rivals.

So what did Venus Raj think of this report? Venus Raj refused to believe that Jesinta would accuse her because they turned out to be good friends. Venus was quoted saying "I don't believe that she said that because we were very close. She has a Filipino best friend, and Jesinta and I were roommates in LA. When her best friend and I talk, we translate for her. I don't think she can say those things." Venus Raj also denied that she is capable of sticking those pins on Jesinta's outfit claiming that she cannot even remember how the dress looked like. [Read the Story.]

In fairness to Jesinta Campbell, she refutes that she ever accused anyone. She says that she has been quoted wrongly and that the media blow everything out of proportion. She is definitely upset. To read how Jesinta denies report of her sabotage and accusations, visit her facebook profile.

Toddlers and Tiaras
Posted by glee at 1:46 AM

Thank you for your time and for your sweet comments. I assure to visit you back shortly. Hugs :) 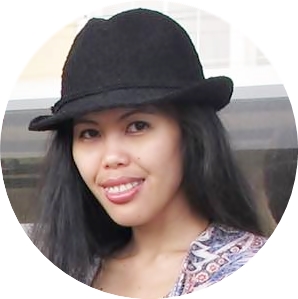 Hi! I´m Glee and this is my personal blog where I muse on style, love + life, interior decorating and parenting.